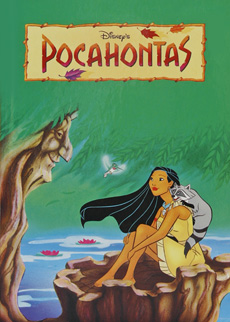 Inspired by the 1995 animated film, this richly illustrated narrative tells Disney's version of an unforgettable romance and adventure of Pocahontas. Although she’s pre-destined to marry a man chosen by her father, Pocahontas feels in her heart that this isn’t the path she is meant to follow. For guidance, the princess turns to tree spirit Grandmother Willow, who advises Pocahontas to follow her heart. When she meets John Smith, who arrived from England to search for gold, the two fall in love and bravely risk their lives to put a stop to the war between their people.